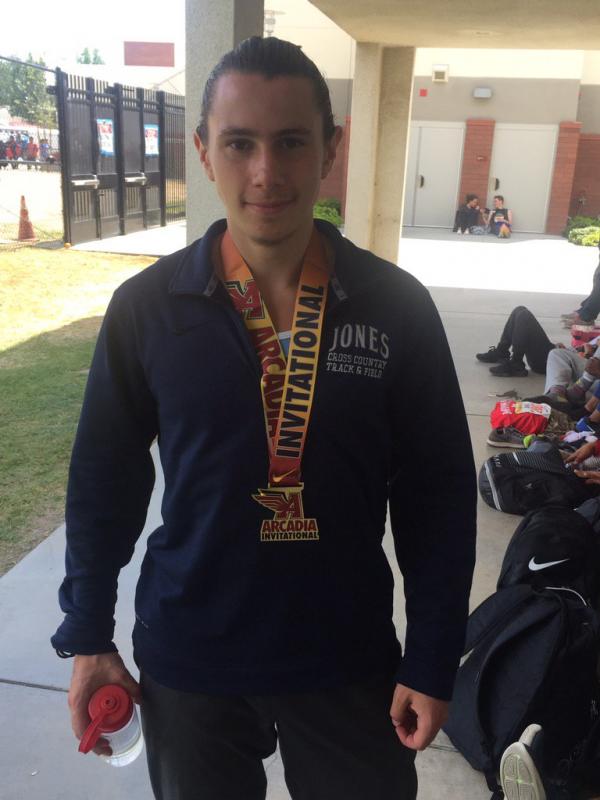 Senior Arthur Santoro continued his assault on the JCP record books by winning his heat of the prestigious Arcadia Invitational on Saturday, April 8th, in a blazing 1:54.86.  The time is currently number 2 in the state of Illinois and is over 2 seconds faster than the previous school record.  Santoro moved out of a tight box 200 meters into the crowded race, and pulled away from the field with 300 meters left to earn himself a gold medal for winning the heat.  Santoro now owns the school record outdoors in the 200, 400 and 800 meter runs and is a member of the school record 4x800 meter relay.

On Friday Santoro anchored the 4x1600 meter relay team to a 7th place finish with a personal best 4:24 clocking.  Jeremy Brown led off the team with a huge PR in 4:31, followed by Daniel Garcia-Rico (4:38) and Zach Benes (4:33).  The Eagle quartet were the first to run this event in Jones history and have set a tough record to break.

After two days of hard racing the runners ran nearly 3,000 feet of elevation up Mount Wilson in Sierra Madre California, before flying back to Chicago. 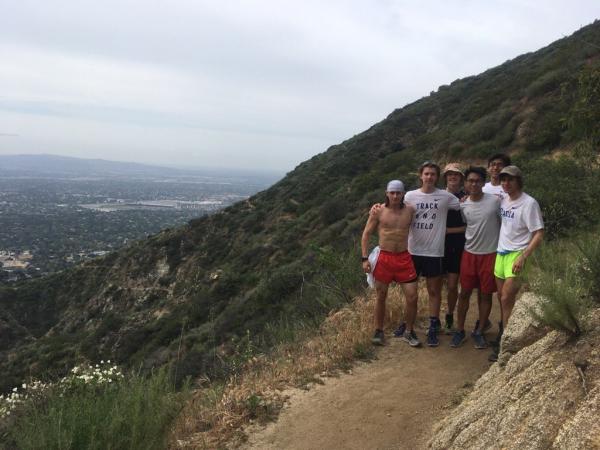