“Speed is a tough but obtainable athletic development to achieve.” Coach Clark

Official training will start on January 18th 3:30PM-5:30PM (Monday-Friday).  Sprinter's workout schedule will be posted on Sprinters' Corner Page.  Sprinting fast will take time, patience, and being efficient and consistent.

Sprinting is a skill which means you can train your body to be significantly faster.

Like any skill, it takes practice and time to learn and develop the proper technique.

Sprinting is about applying the maximum amount of force down to the ground.

Click on the link for an example of proper sprint mechanics.

Speed is a scalar quantity that refers to "how fast an object is moving." Speed can be thought of as the rate at which an object covers distance. A fast-moving object has a high speed and covers a relatively large distance in a short amount of time. (Example: Usain Bolt ran 9.58s in 100meters)

Speed is the quickness of movement of a limb, whether this is the legs of a runner or the arm of the shot putter. Speed is an integral part of every sport and can be expressed as any one-off, or combination of, the following: maximum speed, elastic strength (power) and speed endurance.

Acceleration is a vector quantity that is defined as the rate at which an object changes its velocity. An object is accelerating if it is changing its velocity.

What Is Max Speed?

Maximum speed is the highest rate of speed an athlete can attain. (Example: Usain Bolt max speed is between 60 to 80meters.)

How is speed influenced?

Speed is influenced by the athlete's mobility, force production, strength endurance, and technique.

Energy for absolute speed is supplied by the anaerobic alactic pathway. The anaerobic (without oxygen) alactic (without lactate) energy system is best challenged as an athlete approaches top speed between 30 and 60 meters while running at 95% to 100% of maximum. This speed component of anaerobic metabolism lasts for approximately eight seconds and should be trained when no muscle fatigue is present (usually after 24 to 48 hours of rest).

How do we get faster?

“Every action has a opposite or equal reaction.”  Issac Newton 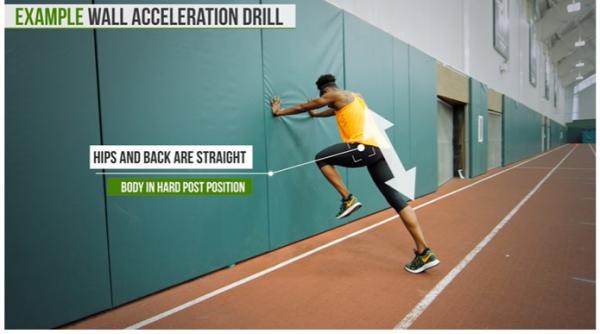 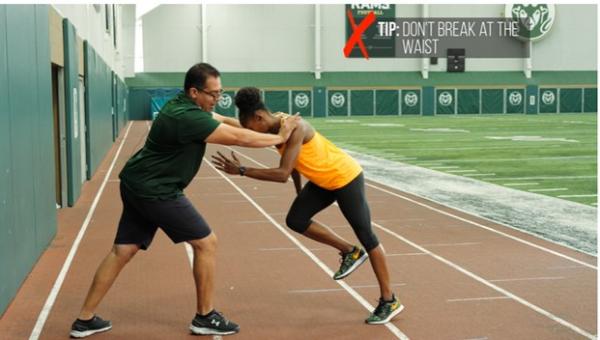